August 05, 2019 - Boulder, CO–Donnelly and Aevolo are joining forces for the 2019-2020 cyclocross season to create a powerhouse team with Lance Haidet and Gage Hecht. The Donnelly – Aevolo Cyclocross Team will kick off their official partnership with Aevolo when they take to the start line on September 7th in Rochester, NY.

The partnership, Donnelly President Donn Kellogg stated, “is a natural fit.” He explained, “Since the inception of the company and throughout my many years involved in competition and coaching I’ve championed developmental racing.  Helping racers realize their potential has long been my passion and has been part of Donnelly’s mission.”  With a similar mission is Aevolo Cycling, a road team comprised exclusively of U23 whose talent is developing elite cyclists.

“Our success on the road has exceeded all expectations ten-fold,” said, Aevolo owner Steven van der Zwan. “The foundation is built from a group of donors, sponsors and partners who are passionate about supporting cycling and youth development in general. This is precisely what Donn Kellogg has been doing throughout his career, particularly with cyclocross. There isn’t a better partner to help us enable these talented young riders to reach their highest possible level of success,” he added. 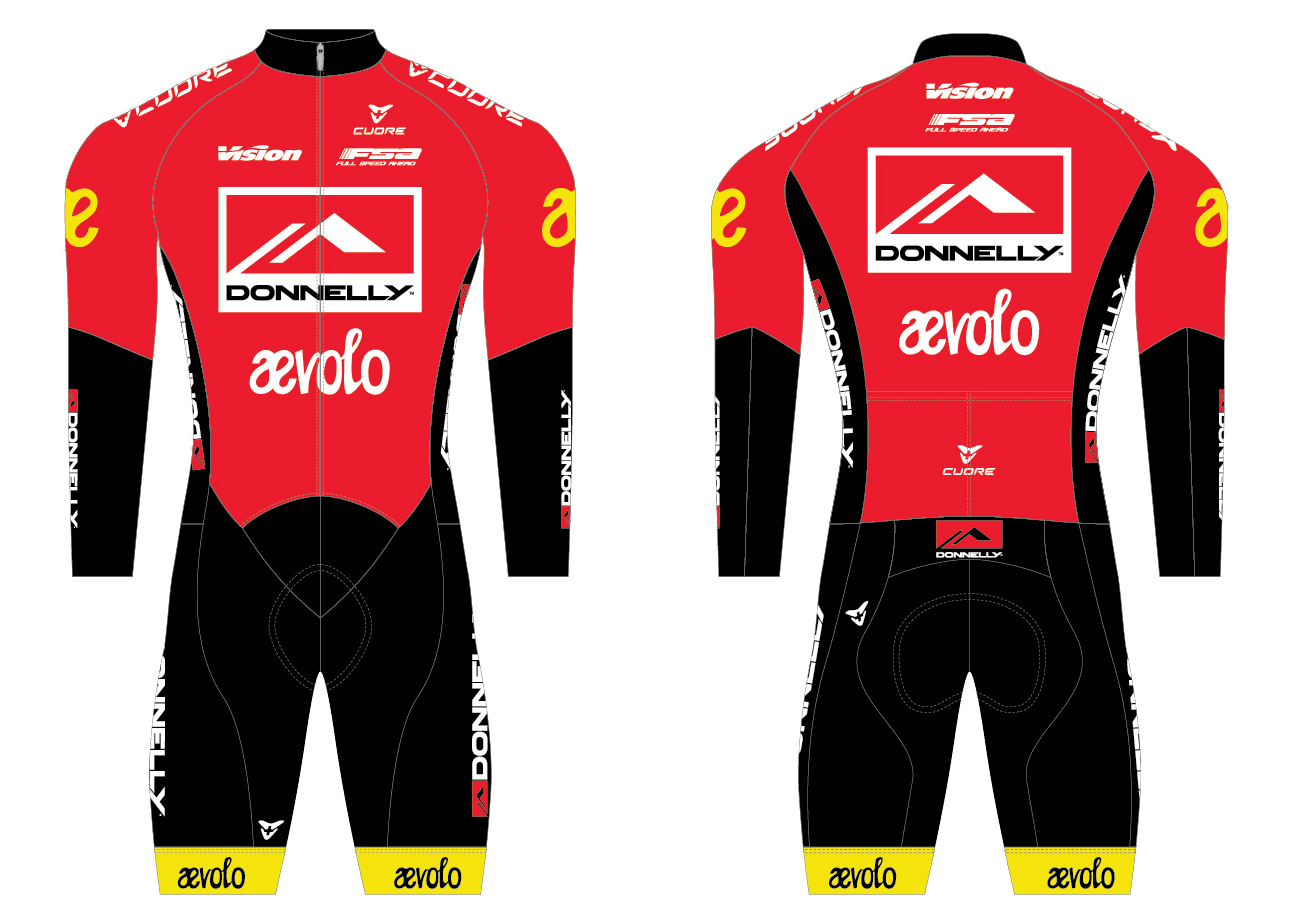 Representing the two ideologies of these contributing partners for the premiere of 2019-2020 Donnelly – Aevolo Cyclocross Team are Lance Haidet and Gage Hecht– both current members of the Aevolo Cycling Road Team. In 2015, when Kellogg began investing in the future of cyclocross by developing young riders, Haidet was one of the first riders involved. Two years later Haidet won the U23 USA Cyclocross Championship. This past July he added the U23 Road Championship title to his palmares.

One of his Haidet’s biggest ‘cross rivals and the sport’s most promising racer is Gage Hecht. His is a name that was repeated in headlines throughout 2018 and one likely to be mentioned along side Haidet’s in the coming season. On racing with his old nemesis, Haidet said, “Gage is a great friend of mine both on and off the bike and I am really excited to have him as a teammate this year on the team.I think together, our strengths will certainly make us a formidable force!”

No stranger to US titles, Hecht earned his first two in 2015 and 2016 as the Junior National Cyclocross Champion. He’s won two Pan Am Cyclocross titles, one as a junior and another last year in the U23 category.  Even more significant was Hecht’s elite men’s 2018 bronze medal earned at the US Cyclocross National Championship after petitioning out of the U23 category so that he could race with the elites. “Lance and I have shared the Aevolo jersey since my first year in the U23 ranks,” said Hecht, “and we’ve gained a lot of experience racing together. Our riding styles, while different, will compliment each other well. I think every race is going to be worth watching!”

The team will ride Donnelly’s C/C frames introduced last season and will select from a quiver of tubular and tubeless-ready cyclocross tires depending on conditions and terrain. Among the battery of weapons are the Donnelly LAS, the PDX, the MXP, and the BOS.